Salamanders Young Burn Survivors > Explosion! > The face of a burn

The face of a burn 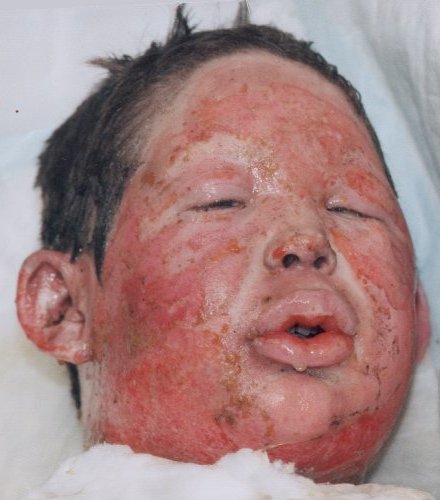 Quinn was lucky: a few more moments of fire, and he might have lost his eyelids, lips, ears, or nose. What you can see here are mostly superficial second-degree burns. The burns on other parts of his body were much worse!

The photograph on the right was taken three months after the one above, and the two below eight years later.

In the bottom two photographs you can see the raised scar left by the healed burn on Quinn's left cheek, and the pale scar where his left eyelid was grafted, as well as some of the scars left after numerous operations on the deep burns around his neck.

This is as good as it will ever get.

These scars are for life! 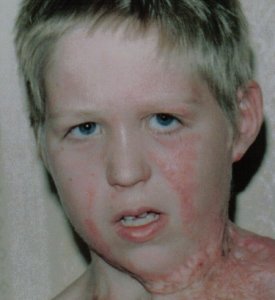 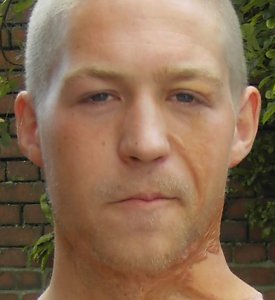 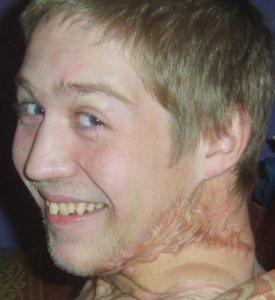 Click here to go back to "Explosion! Quinn's Story"

or click on one of these links for more photos of Quinn after his 'accident':

WARNING! If you are easily frightened, or very young, some of these photos may be too scary for you.